I. North of Rome: Cimini Forest plus Lake Bolsena/Orvieto 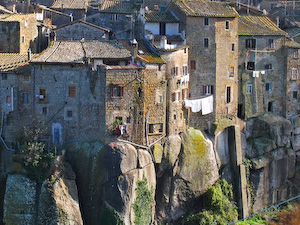 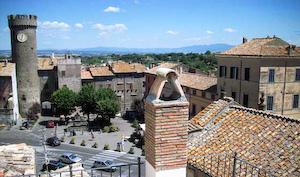 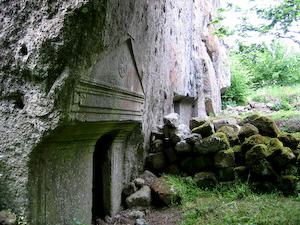 “...amazing... unforgettable... places I would’ve never seen without your help.”

This weeklong trip pairs the exciting new Cimini Forest itinerary with an old favorite. You end up with great diversity, from medieval villages perched above forested canyons to the classic olive- and vine-clad hills of Umbria.

Even before Roman times this was a busy trade corridor connecting the coast to the Tiber Valley. Remnants of ancient roads, fortifications, altars and tombs still exist, as well as medieval churches and hermit caves in the cliffs. But the rugged northern slopes of the Cimini Mountains are difficult to penetrate. So until recently, the unusual works in stone were seen only by the occasional farmer or shepherd. All that has changed with the recent excitement over Bomarzo’s mysterious “pyramid.” more info

The towns of Montefiascone, Bolsena and Orvieto lie on the route of the Roman Via Cassia. For nearly two millennia this sturdy road served pilgrims, merchants, noblemen, diplomats, and artists — its ancient ruins inspired Michelangelo and his contemporaries as they journeyed between Rome and Florence. In the fourteenth century, Orvieto’s magnificent Gothic cathedral was built to commemorate the famous “Miracle of Bolsena”. Today we can still follow the Roman road above stunning Lake Bolsena, the largest volcanic lake in Europe, and across Umbria’s rolling hills to a dramatic panorama of Orvieto. more info 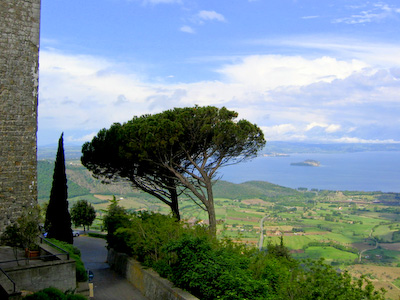 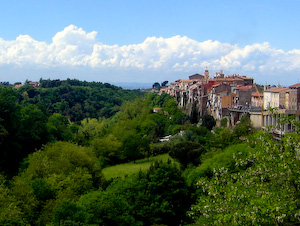 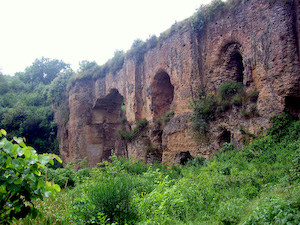 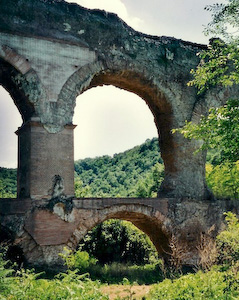 This trip combines four days in Rome with three in the Apennine foothills to the east. We follow ancient Rome’s largest aqueducts down into the city, marveling at the technical sophistication and limitless ambition of these ancient people.

The virtually unvisited region surrounding this small hilltop town hides some of the most mind-boggling accomplishments of the Romans, who tunneled through mountains and bridged valleys to supply the vast quantities of water required by the city’s baths, fountains and sewers. The stone bridges that remain, tucked away in wooded canyons, are remarkable for their monumental size as well as their beauty. We’ll lodge in a rustic inn that offers delicious home-cooked meals.

The aqueducts’ final run into Rome straddles a long flow of solidified lava from the dormant volcanoes southeast of the city. The water channels emerge from underground to be carried on dramatic stone colonnades for the last few miles. One of my very favorite walks follows their course from the beautiful Park of the Aqueducts into the urban center. We’ll spend another day strolling in the lovely Park of the Via Appia. Rome is the world’s largest archaeological site (and has some pretty darn good food to boot!).

Porta Maggiore with aqueducts above 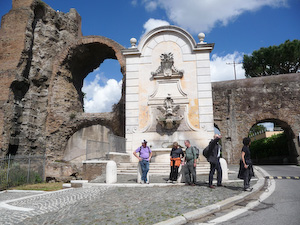 Try one of these combo trips next spring

Prices begin at about 1500 Euros per person for a group of four with double room occupancy. Includes all expenses for seven days; excludes airfare to Rome. Smaller groups and single travelers pay slightly more per person. Write to me for more details, or browse www.romanroadwalks.com for other trip ideas.

Rumblings in Umbria: in the steps of Saint Francis

At the suggestion of good friends, I’m working on new walks in the Spoleto-Assisi area. My very capable advisors are Diana and Alberto at Le Logge di Silvignano, a historic house near Spoleto with luxurious self-catering apartments. Diana is an enthusiastic walker with lots of great ideas. Look for more information about the walks and Le Logge di Silvignano in the fall newsletter. 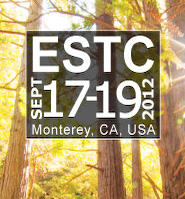 In September I’ll be speaking at a conference of The International Ecotourism Society (TIES) in Monterey, California. This is the world’s oldest and largest association promoting responsible travel. I share their goals, and look forward to learning what others are doing. I encourage you to join TIES — it’s free, and you’ll receive tips and news about responsible travel opportunities, plus a discount on my walking trips! more info