May 2020:
The Queen of Roads
Walking the iconic Via Appia

The first of the great Roman roads ran 330 miles to the Adriatic port of Brundisium. A vital military and trade conduit, it doubled as a PR piece for the emerging superpower: massive stones skillfully fitted together, wide enough for two carriages to pass, curbs, gutters, sidewalks, stone obelisks marking each mile. Such a road had never been seen before.
It conveyed ambition, boldness, power. 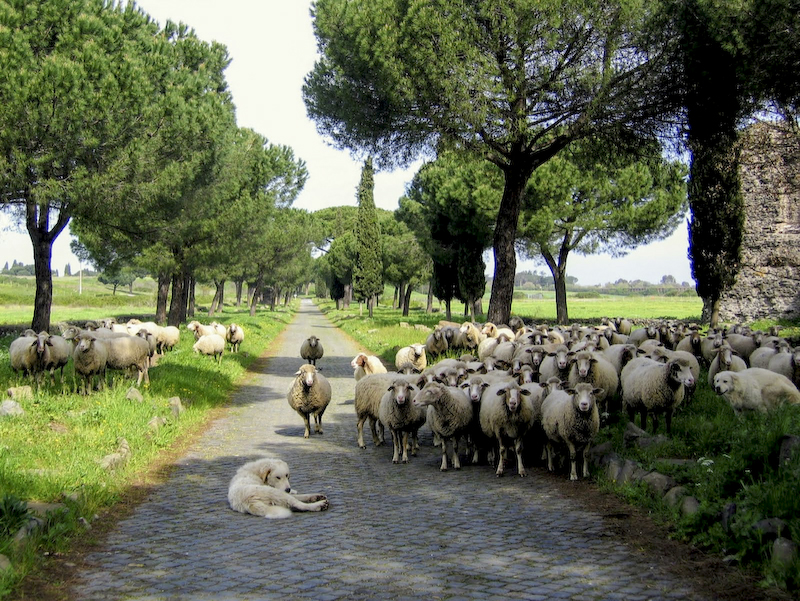 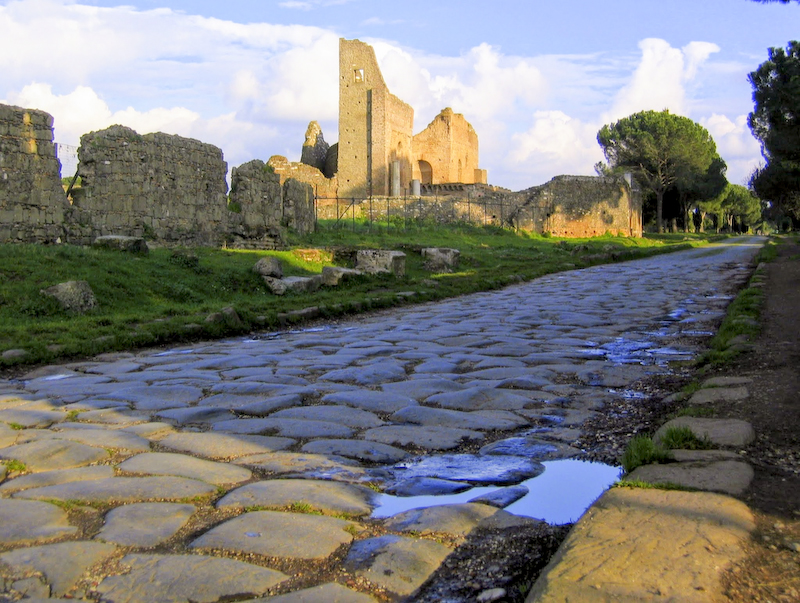 Two thousand years later the impression remains compelling. From the gates of Rome the road plunges straight across the countryside toward the Alban Hills. Umbrella pines frame green meadows with grazing sheep and grand villas. Ancient tombs line the road, some with sober faces summoning our attention. Family recognition was prized, so tomb space on this famous road was in high demand. Freed slaves, proud to be known as Roman citizens, were especially anxious to post their names. At Mile VI, this man speaks poignantly:

Stop, stranger, and look to your left, at a tomb holding the bones of a good man, merciful, a friend to the poor. I beg you, traveler, do no harm to this tomb. Inside lies Caius Ateilius Euhodus, freedman of Serranus, pearl merchant on the Via Sacra. Farewell, traveler. 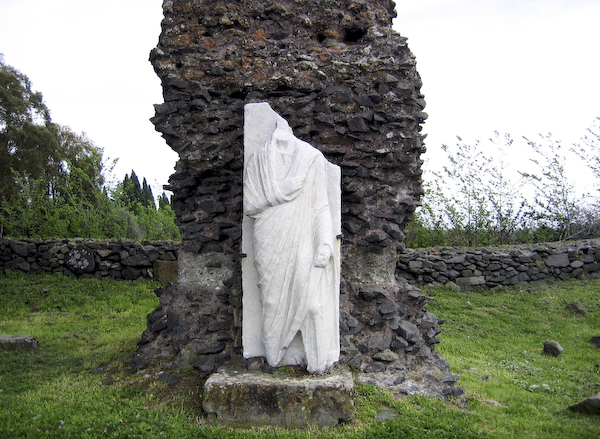 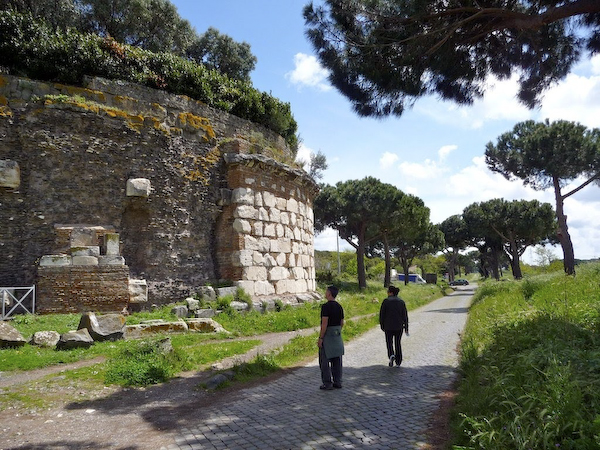 The evocative atmosphere has long been celebrated in art and poetry. In the eighteenth century the Via Appia was a requisite stop for artists and literati on the “Grand Tour”: Goethe, Stendhal and Byron were among the admirers. Today it’s protected parkland, a vast greenbelt of rolling hills and farms where the ancient past comes alive. Christian catacombs, Roman temples and the sprawling Circus of Maxentius await the visitor. Close by is the beautiful Park of the Aqueducts, a showcase of the Roman obsession with water, and the astonishing technology employed to deliver it. 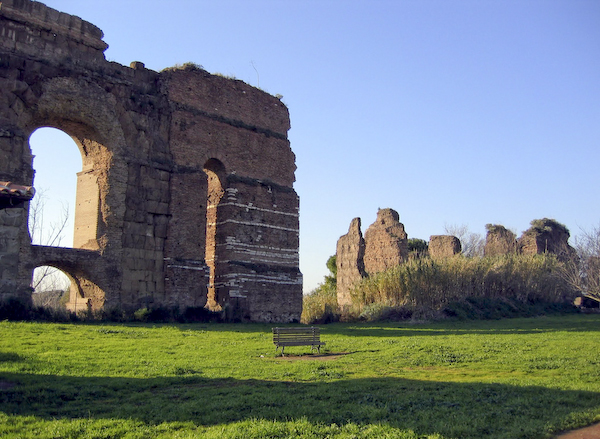 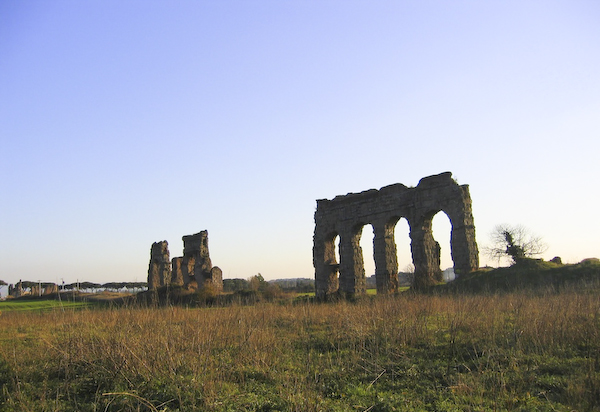 Looming in the distance are the volcanic Alban Hills, revered by the Romans as the birthplace of their civilization. Perched on the rim of a crater, the village of Castel Gandolfo overlooks beautiful Lake Albano. Nearby are ruins of a Roman army camp, baths, amphitheater, and a massive underground cistern: a marvel of ancient engineering. A wooded path leads to a second crater lake; a Roman road hidden in the forest climbs in dramatic fashion to the top of Mount Albanus, where a temple of Jupiter once stood. 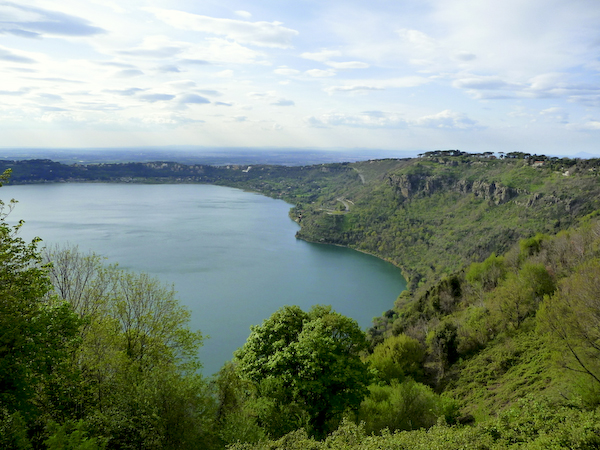 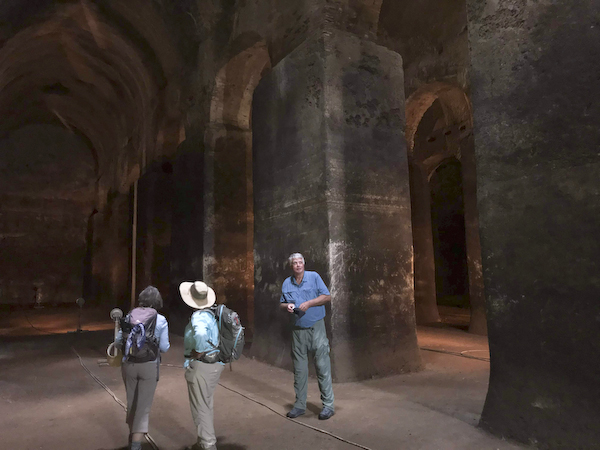 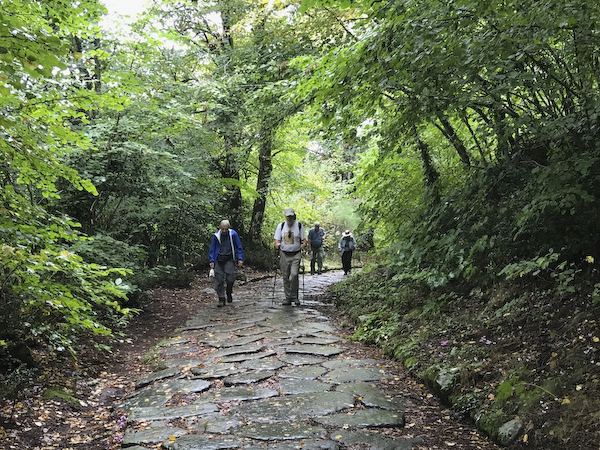 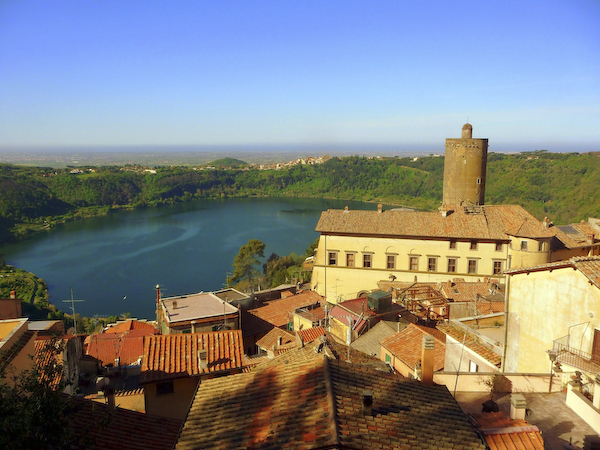 Join me next May for this seven-day excursion along the most iconic of roads, with stays in Rome, Castel Gandolfo and the Via Appia Park. Join a group or create your own (four to six). Spending a few days in Rome before your trip is highly recommended if you are coming from North America. Lodging suggestions are available.

Via Appia: Queen of Roads

A seven-day walking excursion from Rome to the Alban Hills

Four to six guests per group 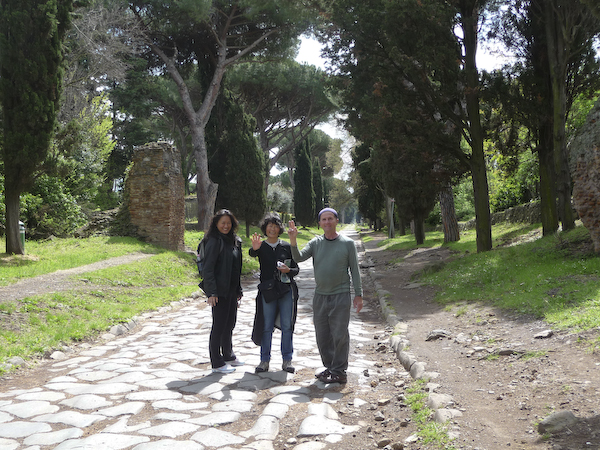